Although my Master’s thesis was written quite a while ago, I think it is more relevant today than when I wrote it because of how well known K-pop is now outside of South Korea. Interestingly, some young undergraduate students recently used it in their research for video assignments on K-pop and gender issues for a class at UBC. I’d be so happy to see more interest. (:

This thesis traces patterns and conceptions of contemporary South Korean masculinity in cultural products and young Koreans’ discussions. Despite scholarship on Korean masculinity expanding, research still focuses on linguistic meanings, some on visual (e.g. Kim K.H., 2004, on film). Bringing different analytic parameters to this field, I address how songs and performances of popular music superstar Seo Taiji deal with ‘being a man’ using non-verbal modes of signification (vocal style, dance, etc.) and evaluate young Koreans’ sense-making of gender and Taiji. Using discourse analysis, I trace patterns of masculinity in ballads from 1992-1994 and in performances of “Hayoˇga ” (1993), and analyze fans’ communications, gathered during in-depth interviews. This reveals Taiji is involved in transforming gender norms, sometimes providing pleasurable alternatives to hegemonic masculinity, but also indicates the masculinity of young Korean men is precariously placed between conventional norms and future possibilities, suggesting a liminal stage of young South Korean’s contemporary culture.

Some citations, bibliography listings, etc.: of my thesis:

For Your Reading Pleasure: A Hallyu Bibliography, Part 5: GENDER and SEXUALITY

Thank you to the Ontario and Canadian Federal governments for fully funding all my research and graduate studies through scholarships. That was really important to me!

A video project some students made for their kpop class at UBC, spring 2018. They start to discuss the pop superstar I did my thesis on, Seo Taiji, at 6:10. 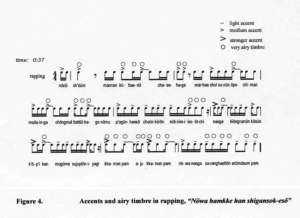 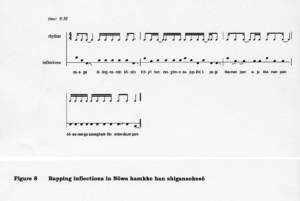 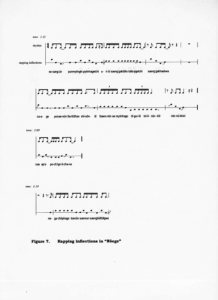